Cameroon, like the other countries around the Lake Chad Basin in Africa, is plagued by attacks by the terrorist organization, Boko Haram. The problem is particularly severe in the northern part of the country, where communities feel cut off from their government and powerless to stop the violence.

A Cameroonian non-governmental organization (NGO) called ARK Jammers is leading a “CAMERACTION” campaign to raise awareness of the Boko Haram threat, demonstrate Cameroonian leaders’ commitment to fighting it, and motivate locals – especially youth – to play a role in that effort. ARK Jammers has gathered key local officials and community leaders to discuss the issues and is kicking off a “See Something, Say Something” campaign to report suspicious activity to the government with a concert in the Cameroonian capital, Yaoundé. This concert will bring together Cameroonian pop stars in an event that targets some of the more vulnerable and under-reached members of the country’s population: youth.

Spirit of America can help solve a critical funding gap in this effort. While ARK Jammers has raised almost all the money needed for the campaign and the concert, they need $5,000 more to cover final costs of the concert. This money will go directly towards renting the soccer stadium in Yaoundé, the most high visibility/capacity venue for this type of event.

With your help, Spirit of America can support local efforts to mobilize Cameroonians against the terrible effects of Boko Haram. 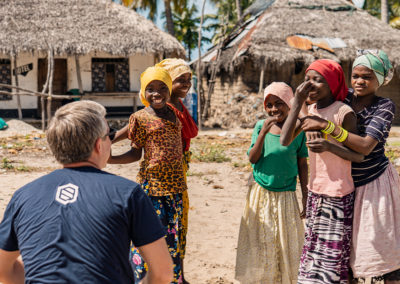