Rebuild a road to restore faith in US-Moldovan partnerships

Spirit of America spent $10,000 on gravel and compaction for this key road.

A former Soviet Republic, Moldova declared its independence in 1991. Designated a neutral state by its constitution, Moldova, while not a NATO member, has enjoyed a positive relationship with the United States and the EU. Through the State Partnership Program, the North Carolina Guard has conducted joint training with Moldova for the past 20 years. However, the pro-Russian Socialist political party in Moldova has recently been working to sway the opinion of the civilian population by painting joint US-Moldovan training exercises in a negative light, saying that these exercises represent a de facto NATO invasion of the country. Training exercises like this one between the US and Moldovan militaries bring the two armies together to learn from each other, improve interoperability, and ultimately build a stronger relationship between the countries as a whole.

The US Army combat engineers, civil affairs team, and Moldovan soldiers identified a project that would allow them to use their training to address real-world issues and would meet the needs of the population. Through conversations with local leaders, they identified a heavily trafficked road in dire need of repair that led to the Tiganesti Monastery, a venerated pilgrimage site in Moldova. The road, used by the community to reach the monastery and the surrounding green space, suffered from disrepair, made passage to the Monastery difficult, and became especially dangerous during rainstorms that would cause the road to wash out. The church, a pillar of the community, is the most trusted institution in the country. Improving the road that leads to the monastery will be a visible demonstration to the community of the benefit of the US-Moldovan partnership for years to come.

While the military units could complete the majority of the basic road repairs, the Moldovans lacked the basic materials and specialized capabilities to ensure lasting success. With your help, Spirit of America can fill these gaps, funding the gravel and outside expertise needed for enduring impact.

Your donation will help support our troops as they work to meet the needs of the Moldovan people, strengthen a key partnership, and promote a positive image of America abroad. 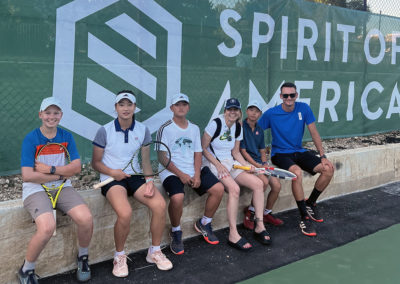